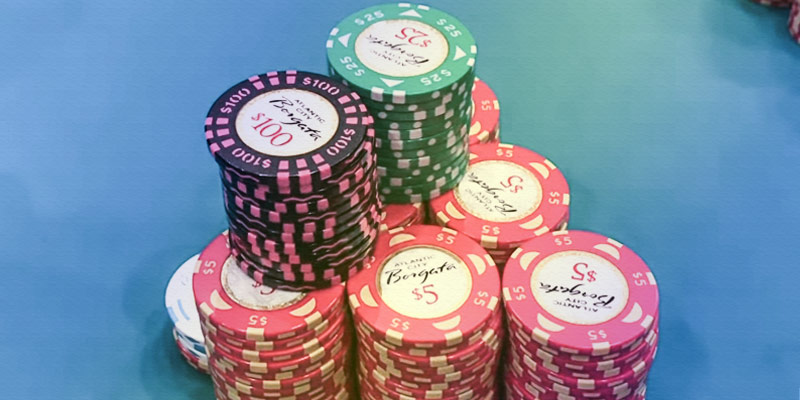 Hu Jintao once said, “Diversity in the world is a basic characteristic of human society and also the key condition for a lively and dynamic world as we see today.” Admittedly, he may have been talking about something more substantial than a card game, but, boy, did it hit all the right chords with poker players!

With poker being one of the most played games all over the world, it’s only normal we now have a wealth of different game variants. Obviously, the most popular one is Texas Hold’em, but once you scratch under the surface, you’ll find many others, which come with their own sets of rules and dynamics. Interestingly, when you do scratch, the first thing that will pop up is Omaha Hold’em!

Even then, one variant, such as Omaha, can be played in many different ways, with different (or none) pot limits, with different methods of ranking hands, etc. One such way is Omaha Hi-Lo, which is a split pot game. But before we jump into the details about “Hi-Lo,” let’s make a brief overview of Omaha Hold’em as a whole.

If you’ve only played Texas Hold’em so far, it won’t take you long to adapt to Omaha. It has a similar starting premise, in that they are both community card poker games. As the name suggests, these poker games have the dealer place cards on the table facing up, for every player’s use — they are there for the whole community. The difference is in the hole cards. As opposed to Texas’ two, in Omaha, you receive four hole cards to hold in your hand.

Another distinction is that there’s a rule which says that you can’t use just any of the nine cards to form your hand. Instead, you must use exactly two hole and three community cards! This is a precise rule you can’t sway from. This is often the major stumbling block for new players who’re making the switch from Texas. They often think they have a better hand than they actually do. For instance, you can have four heart-suited cards in the community and an Ace of Hearts in your hand. However, that’s not a flush if all of your other hole cards are of a different suit!

When you get a hold of this rule, it becomes pretty straightforward like Texas. The hand rankings are the same — the lowest hand is a high card, while the best is a Royal Flush. You can play it as both pot-limit and no-limit game, although, truth be told, the first one is more common.

So how does “Hi-Lo” make it different?

As we’ve mentioned before, Omaha Hi-Lo is a split pot game. This means that the money pot gets divided into two equal halves and two different hands win each half. The first half goes to the player with the best high hand, which refers to the regular poker hand rankings. The other half is where the trick lies. That half goes to the lowest hand. This translates into what is the worst for the one side of the pot is the best for the other.

Players often refer to Omaha Hi-Lo as the Omaha 8 or Better, due to the fact that eight is the highest card qualifying for the low hand. If your hand consists of a nine or higher, you won’t participate in the low pot showdown. As always, you need to use two hole and three community cards. Since you have four hole cards to pick two out of, you don’t have to use the same two for both halves of the pot. A qualifying low hand would be five differently-ranked cards, with eight being the highest possible value.

When making a low hand, straights and flushes don’t count towards it, so, consequently, the best hand you can have is A-2-3-4-5, irrespective of the suit. You always value Ace as a low card. When you compare your hand to your opponents’, you look at your weakest (i.e., highest) card. For instance, A-2-3-4-8 will lose to 3-4-5-6-7. Of course, you need to make sure your cards don’t amount to something else. Having A-2 as hole cards is a great starting point, but if there are another two among cards from the board, you’ll have a pair, which will lose out to most other hands.

The most common version is a pot-limit Omaha Hi-Lo. Pot limit means that you can’t go all-in at any point like you would in Texas. Instead, there’s a rule which states what’s the biggest raise you can make at any point, making it difficult to bully other players out of a round. Betting limits don’t make it into a dull game though!

With more cards at your disposal and more possibilities of scoring the pot (or at least some portion of it), players usually have a more hands-on approach. They don’t fold as much as they do in Texas, meaning that Omaha, even with betting limits, is a great variant for earning some real money. If you’re better than the rest, that is.

Additionally, there’s also what we call Loose Omaha Hi-Lo. In Loose Omaha, at least five players will always be in the game for the flop. This means that people don’t fold on the pre-flop, making it a rather eventful and action-packed game of poker.

There’s also Omaha Hi-Lo with declare. Usually, without the “with declare” rule, you don’t need to say which side of the pot you’re gunning for. When “with declare” is enforced, you need to state before the flop whether you’ll go for low, high, or both halves.

The ultimate aim of the game is to scoop the pot — win both halves. As a result, you should go strong into a round only if you have both low and high potential. Don’t go strong on preflop, wait out to see what happens on the flop. If you have four low cards in your hand and the flop comes up with high cards, your preflop bet will be a waste.

Omaha is what we call a “nut game.” Nut game means that, when you get a hand, you’ll end up with the best version of it. Meaning that, if you’re going for the high hand with a 4-5-6-7-8 straight, it’s safe to assume at least one player will have a 5-6-7-8-9 nut straight which defeats yours. So be careful about that, and only raise if you’re having a nut potential.

Another thing you should be aware of is bluffing. The fact is, it’s a nut game with limited pot, so people won’t be afraid to call you because they know you can’t make a ridiculous raise on top. Here’s another fact — in Texas, there are 169 different starting hands. In Omaha, that number sits at 16,000. What are the odds that nobody will have anything strong enough to call your bluff?

Omaha Hi-Lo, and Omaha Hold’em in general, is most commonly played as a pot-limit game. You can find some online poker games without limits, but there won’t be as many players there. With Hi-Lo, the aim is to have both the lowest and the highest hand at the same time.

It’s a difficult variant to get a hold of at first, since there are two ways of judging your hand, and you need to be able to compare it to what your opponents might have on both sides. So take your time, and don’t jump into a high-rolling game as you won’t have the best of times.